Just a few years ago I was a hopelessly unmotivated student. I invested almost no time or energy in school, spent most of my time playing sports, hanging out with friends, and working on cars. I did not study for tests, push myself academically, or set goals for my future. I had fallen into a cycle in which I would fail at something, assume that I was simply a failure, stop trying altogether, and fail at the next thing I tried. Yet near the close of my junior year of high school, my counselor called me in and told me that if I continued in the direction I was heading, I would lose any chance for admission to a university. At the time I was offended and hurt by what he had said, but that pain had a profound motivational effect on me. I quickly changed my study habits, began to regularly meet with teachers, sacrificed laziness for discipline, and as a result my grades immediately skyrocketed.

I very luckily managed to raise my scores high enough to be admitted to the University of Arizona, where I spent my first three semesters studying an array of random yet fascinating subjects. In my first physical geology lecture my life took another major turn. It was there, in that lecture, that I found my life’s purpose hiding in an amusingly unglamorous field. I remember it vividly. As I sat in Dr. Seedorff’s cramped, stuffy lecture hall, everything I wanted to do with my life suddenly came into focus. Finally, a career that I could be really proud of, something that would allow me to be creative, honest, and helpful to the people around me: environmental law. The more I study geology, the more I realize that our world is changing; and the more I learn about what that change means for mankind, the more I want to do something about it.

Of course, as I looked into law schools and how difficult it is to become a good lawyer, I realized that the road to my dream is not a straight or simple one. However, the lessons I learned in high school continue to remind me that focus and mental strength can take a person further than they ever thought possible.

Before applying to law school I plan to join the Peace Corps. The Peace Corps is essentially an American group of volunteers which provides (developmental) aid to countries and peoples in need. Not only does the Peace Corps give volunteers the opportunity to provide direct aid to those less fortunate, but it also allows participants to become exposed to cultures they might otherwise never encounter. The aid that the Peace Corps provides can take the form of disaster relief, construction, or my personal favorite, education.

I believe education and curiosity together to be the single greatest tools a person can possess. I also believe that it is ignorant to suggest that being able to simply memorize facts and figures makes a person educated. In my opinion ‘education’ is simply another word for knowledge, which can mean any number of things. It can be knowledge about life, culture, literature, philosophy, government, art, music, theater, etc.

An author by the name of Henry David Thoreau once wrote, “most men lead lives of silent desperation and go to the grave with the song still in them.” I would argue that he meant that there is nothing sadder than wasted opportunity, and I believe that curiosity leads to the very greatest opportunities a person can have. Academic education certainly provides a path to personal empowerment, but with that said and speaking for myself, I believe that the cultural knowledge I have gained by studying abroad has undeniably empowered and enriched me as a person. It is for these reasons that I encourage all young people who are reading this to passionately pursue study abroad programs and to escape the silent, desperate confines of personal, cultural, and academic ignorance.

It has been my immense and true pleasure writing to you.

Live life to the fullest.

Your friend and fan, 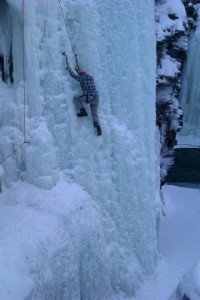