China’s environmental problem is serious, and people along with the government are starting to realize it. Join me as I find out what they think the problem is and how it should be fixed!

While China’s environment is not the cleanest, the government and the people are showing signs of wanting to make the environment cleaner. Learn what the local people think from three interviews I did in the local community I live in. Also, learn about the current efforts NGO’s and organizations are working on in order to make China’s environment better for the future

Are there ways or places to recycle in the local community, and if so, is it easy for people to access?

Yes, Beijing has many public trash bins in the streets. However, many people are still throwing garbage on the ground. As one professor put it, many Chinese are natural farmers. They are moving from farms in small villages to big urban cities. Therefore, many Chinese throw trash on the streets. It was natural in the countryside, and they haven’t been educated not to do it. In recent years, Chinese people have been educated about the importance of recycling. However, this movement is still in the early stages. In the upcoming years, more people will stop littering while recycling more. 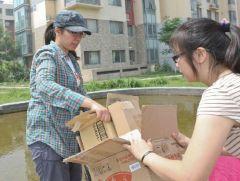 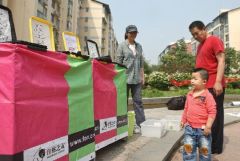 What is the public sentiment about the state of the environment, and do young people think they play a role in protecting the environment? If so, how?

Before, the public sentiment was that the pollution in the environment was something natural. People would say that it was “fog”. However, in the past two or three years, people have been educated and they have realized that pollution has been caused by humans. Nowadays the state of the environment is in newspapers and TV news shows. People are now starting to demand the government to undertake some changes to make the environment better and cleaner. Young people think they do have a role in protecting the environment by advocating for a cleaner environment and being more pro-actively “green” in their daily life.

What innovative solutions do you observe, or hear people talking about?

I have not heard of any innovative solutions by the local people as they say that is for the government to figure out. They believe that the government will find ways to support both environmental protection and economic growth. I think the government is undertaking environmental changes, but the pace is very slow. The government wants to ensure the economy is still strong, and simultaneously find a way to have a cleaner environment. In his recent address to the nation, the new president of China, Xi Jinping, announced that China must reform its economy so it develops and makes growth in a way that is more sustainable and less damaging to the environment. 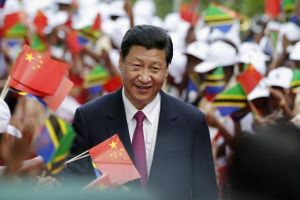 Have there been changes to environmental laws lately, or have new systems of solid waste management been introduced in the past five years?

Yes, Chinese stores and supermarkets are not allowed to give free plastic bags in an effort to recycle. If you want a plastic bag, you have to pay about 10 Chinese cents. Also, there are more places to recycle in the streets now. It is becoming a lot more available to people in the street.  In addition, news channels are allowed to broadcast news about the quality of the air. Before, it was prohibited. This shows an effort by the government to improve the environmental situation as they are allowing this topic to be discussed.

Finally, China has released a five-year plan, which it hopes to carry out. Many environmental and ecological projects include returning farmland to forests and grasslands; improving the quality of lakes and wetlands; protecting water and top soil, forest protection, water and air pollution control; wildlife protection; creation of nature reserves; energy efficiency, and renewable resources development.

Are there any youth groups, community organizations, NGO or INGOs actively working to address solid waste management issues in your community? Who are they and what are they doing. What can we learn from them?

Yes, there are many youth groups, community organizations and NGOs in Beijing, working towards environmental protection in China. There are the Global Village of Beijing, Beijing Brooks Education Center, China Environmental Protection Foundation, Friends of Nature, Green Earth Volunteers, The Nature Conservancy, Oxfam, and Green Home.

These NGOs, with the help of volunteers, spend their time and money in reclaiming wasteland, observing birds, planting trees and protecting endangered animals. They also work to establish green communities. While there is a number of NGOs and organizations, which work to improve the environment in China, there are many difficulties these NGOs and organizations face.

First, there are many constraints in the registration procedure, which makes it hard for new NGOs to establish themselves in Beijing, and generally anywhere in China. Second, it is very hard raise a lot of funds because of the abnormalities in the Chinese tax system. Therefore, many NGOs have limited funding, which makes it harder for them to effective and efficient work. Finally, environmental NGOs lack the influence needed to make real change. Hopefully, this will change, as there is currently a growing sentiment among the people and the government to make the environment a priority.

What are some opinions that local people have about this issue?

I interviewed three people from the neighborhood where I currently live. These people feel that the issue of trash is a cultural thing and it should be handled through education. One person I interviewed, Hu Shen, mentioned that people need to be educated to recycle and throw the trash in the cans rather than in the streets. While trashcans are located on public streets, people are sometimes so used to throwing garbage in the street that they simply ignore the trashcans. That is why education and promotion is very important. Another person, Li Na, mentioned that as people realize the importance of addressing the issue of trash, measures will be taken in their own home. For example, most of the people in the community recycle trash in their individual homes because there are posters everywhere of the importance of recycling. The third person, Ma Xi, mentioned that it is important for the government to help the people in their efforts. She applauded the government for making grocery stores charge money for plastic bags and for not heavily packaging the grocery items with plastic. These methods are more environmentally friendly and they remind people of the importance of recycling. Finally, people in the community know that tap water is not drinkable, so they boil the water to eliminate any bacteria. It is a very simple and cheap method.