Cleaning Up Our Waste

We need to find a way to clean up our planet. Landfills are overflowing, streets are dirty, and people are uneducated about waste management. We need a solution. There is a difference in the way waste is thought in America and London.

What can you do?

The way we manage waste has become a huge problem. It is time that we start looking for ways to cut back on our waste. Maybe we should use less water bottles or reuse as much as possible. What can you do to make a difference?

Are there ways or places to recycle in the local community, and if so is it easy for people to access?

Yes there are ways to recycle in London. There are trash cans and recycling bins all around the city. It is very easy to access. London is good about recycling. Everyone in the city does his or her part to keep the city clean. Usually there are three bins; one for trash, one for plastic, and one for newspaper. In America there are similar bins but I noticed that less people in America actually use them. 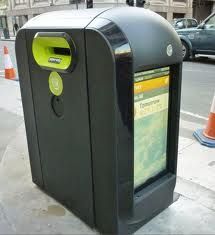 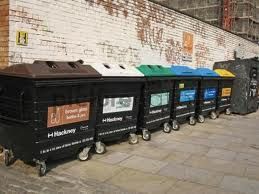 London is a very clean city. There is barely any trash on the streets. At night sanitation workers employed by the city clean the streets. Early morning in Piccadilly Circus, a very busy area in London, there are tens of workers who clean up the trash from the night before. They make sure that the area is clean before everyone wakes up in the morning. Piccadilly is a tourist attraction, so there is a considerable amount of trash that builds up during the day.

What is the public sentiment about the state of the environment, and do young people think they play a role in protecting the environment? If so, how?

One day Raphael and some of my other friends were sitting on the grass in Hyde Park. Hyde Park is a large public park. Raphael dropped a piece of tissue on the ground. The tissue began to roll away. He quickly stood up, got the tissue, and went to throw it in the trash. There was also a chip bag right next to the trash can. He picked that up and threw it away. Then he said, “Doesn’t that bother you when people don’t throw away things?” He said he doesn’t understand why people don’t throw things away. He thinks that if everyone threw away their trash, the city would always be clean.

What innovative solutions do you observe, or hear people talking about?

I think the best solution is education. People won’t be able to efficiently manage their waste unless they are taught how to do it. If we teach children when they are young, they will have the same mentality as Raphael. If all of us do our part, we can keep the environment as clean as possible.

Have there been changes to environmental laws lately, or have new systems of solid waste management been introduced in the past five years?

In 2011 the Mayor of London created new waste management strategies for the city. He came up with two strategies. The first strategy is named London’s Wasted Resource. The strategy is about how the city manages its municipal waste. It sets out the new policies for reducing the amount of waste produced. The Mayor wanted for people to increase the amount of waste reused, recycled, and composted. The Mayor also planned to develop more waste management infrastructure in London. The other plan is called Making Business Sense of Waste. That plan focuses on businesses’ waste. The plan was to help businesses reduce the harm to the environment through better management of their waste.

Are there any youth groups, community organizations, NGO or INGOs actively working to address solid waste management issues in your community? Who are they and what are they doing. 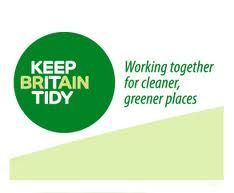 Keep Britain Tidy is an environmental charity and the anti-litter campaign for England. Their slogan is “Working together for cleaner, greener places.” This is the program my friend Raphael told me about.  They also run other programs that make managing waste practical. They campaign on everything from dog litter to graffiti. More information can be found at www.keepbritaintidy.org.